The inclusion of migrants into the labour market is not only crucial for their effective integration, but also contributes to Member States economies. 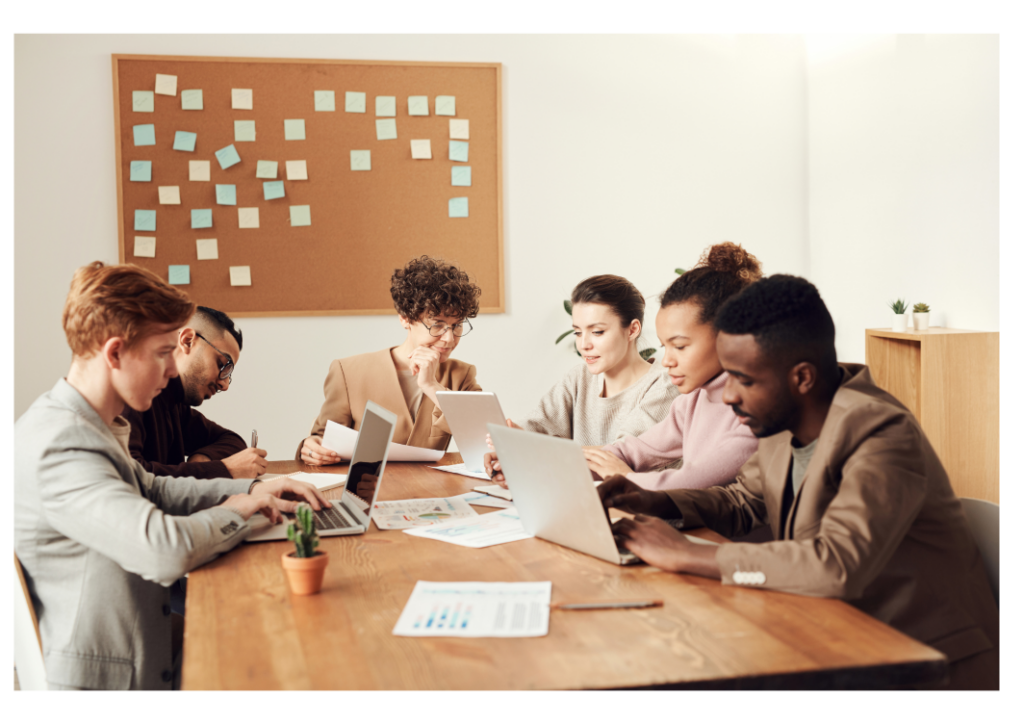 Italy is the third country in the EU for what concerns the absolute numbers of immigrants: in 2019 there were 3,717 million legally resident non-EU citizens.
In 2018, 242 thousand new residence permits were issued, 7.9% fewer than in 2017. More than half (50.7%) were issued for family reasons, followed by asylum/humanitarian permits (26.8%) and study permits (9.1%). New work permits numbered a meagre 6%.

In 2016 the employment rate of TCNs was 15.2% points lower than EU citizens, even though this percentage has been decreasing steadily since 2014. Women and refugees are struggling even more.
When employed, TCNs usually work below their qualification and are over-represented in some sectors.
Also, they perform worse in wages, protection and career prospects (Eurostat, EU Labour Force Survey, 2014): according to the ILO report “The migrant pay gap: Understanding wage differences between migrants and nationals” published in December 2020, TCNs earn 30% less than Italians and 3 out of 4 times there is no explanation for this, meaning that this is due to discrimination in the labour market and workplace.

However, the inclusion of migrants into the labour market is not only crucial for their effective integration, but also contributes to Member States economies. According to the latest report on migrants’ contribution to the Italian economy, they produce 9.5% of the Italian GDP. Although their contribution is largely recognized, according to the MIPEX results of 2020 Italian policies for migrants’ labour inclusion are classified as slightly favourable: non-EU citizens have access to (basic) employment and self-employment but a lack of targeted support may make it less likely that non-EU residents find secure jobs in line with their qualifications and skills.

Concerning entering the Italian labour market, TCNs are subject to norms specified by the Consolidated Law on Immigration (TUI) (Legislative Decree 286/98, amended by Law 189/2002). TCNs who intend to work in Italy must obtain an authorization to work by the single desk for Immigration of the Prefectures as well as a work visa by the Italian Embassy in their country of origin (CoO) before entry. Once in Italy, they will receive a residence permit which will last as long as their work contract; as their stay is linked to this latter, this practice gives the employer disproportionate power over the TCN. Indeed, together with the work contract, the TCN and the employer must sign a Residence Contract (Article 5 bis of the Consolidated Law on Immigration and Article 35 of the Implementing Regulations), which is an agreement between the two of them with which the employer shall ensure that the worker has at his/her disposal suitable accommodation and also undertakes to pay travel expenses in the event of a possible expulsion of the worker from the national territory.

Moreover, the entries of TCNs for work reasons are not “open”: the Government is required to develop a “long-term program on immigration policy and foreigners on State territory” once every three years, setting out the policies on immigration. On the basis of this program, the Government sets quotas on a yearly basis for each CoO for the entrance of TCNs on a short or long-term basis and for the renewal of seasonal permits, which also determine the number of work permits issued. However, the long-term program hasn’t been published for more than 15 years and the number of these pre-set entry quotas has been decreasing drastically over the past years, also in those sectors which present important labour shortages. Slightly different, but not less time-consuming, is the procedure for highly-qualified profiles.

Once in Italy, TCNs sign an “Integration Agreement” in which they undertake to achieve specific integration objectives during the period of validity of their residence permit, and the State undertakes to support foreigners’ integration process through the adoption of any suitable initiative in agreement with Regional Governments and Local Authorities. For this purpose, many local administrative bodies (mainly municipalities) have a migrant desk, where migrants may receive support for their needs related to language, employment, or housing. Trade unions and NGOs have also promoted offices with similar purposes in order to assist migrants in coping with procedures to renew residence permits and other bureaucratic procedures also related to employment.

For what concerns asylum seekers and International Protection Holders (IPHs) who are hosted in the reception system, they have the right to work after 60 days from the registration of the application, and enjoy the services for orientation and labour inclusion offered by the entities which manage the reception centres (NGOs and Municipalities usually); however, this has been changing for asylum seekers over the past two years in a more restrictive way.

Asylum seekers and IPHs, besides the labour inclusion support provided by the reception system, are encouraged to registered with Public Employment Services (PES), and so also TCNs who lost their jobs. Once registered to the PES, which are regional services, they can access all job-related PES services under the same conditions as national citizens. Vocational training courses are not limited to those which have been envisaged by Legislative Decree 142/2015 for asylum applicants living in the reception centres, which include vocational training or other integration programs provided by AMIF; local authorities (regions and municipalities) can also finance vocational training, internships and specific employment grants (borse lavoro) on a facultative initiative.

Implementing labour market integration measures is a cross-cutting initiative, requiring concerted efforts by several government bodies and levels, regional and local authorities, public employment services and other stakeholders. Italy is a decentralized model, meaning that the responsibilities in planning, designing and implementing policies are spread across national, regional and local authorities.

Despite the system in place, TCNs still face strong barriers in accessing the labour market, starting with the persisting mismatch between vacancies and profiles. Companies and employers often lack knowledge on hiring schemes and diversity management. And stereotypes and discriminatory practices still persist. Moreover, comprehensive information, training, employment and guidance support for migrants are still scarce. The first and foremost recognized obstacle is represented by the language barrier.
In relation to skills, TCNs also struggle to have the diplomas/qualifications achieved in their CoO officially recognized in Italy. This means that they cannot access high – level jobs or should follow expensive and time-consuming processes. The same happens in regard to non-formal and informal skills and competences.

Procedural barriers and difficult bureaucracy are not an obstacle for only TCNs: employers also are often discouraged by the rules and procedures in relation to hiring non-EU citizens.
Moreover, TCNs could potentially face discrimination and distrust in the workplace: all over the country, the importance of having a cultural mediator and/or legal staff in their company/organisation, who may support the integration of the TCN in the workplace and help with diversity and conflict management, is still not recognized.

Finally, labour exploitation and caporalato (illegal gangmastering) is still widely spread. Politically neglected for decades, the phenomenon specifically targeting the agricultural sector has only been on the political agenda in recent years.

All the above pushed many migrants to open their own business. However, although migrant entrepreneurship has been one of the main trends in Italy for the last few years, difficulty in accessing funds/financial support is reported by a big part of migrant entrepreneurs as an additional barrier to their labour inclusion.

The global health crisis due to the COVID-19 pandemic has impacted severely on the Italian society and economy.
The national lockdown and the measures taken in the following months had resulted in higher numbers of layoffs: if some sectors, such as tourism and restoration (HORECA) which usually employ a lot of TCNs, especially asylum seekers, collapsed, others complained the lack of labour force because of the mobility restrictions in place which prevented the seasonal workers to come to Italy, the most common and famous example for all EU countries is the agriculture sector. During these weeks, several campaigns were launched to recognize the importance of TCNs in key sectors, such as healthcare, agriculture, delivery services, and so on.

The Government extended all residence permits and other key documents, all pre-requisites for accessing the financial support measures established and giving this way the possibility on continuing working. However, this was found difficult because employers weren’t fully aware of the law and were afraid of repercussion for hiring migrants with “expired permits”.
Italy undertook a targeted regularisation for TCNs who had been employed in the following sectors: agriculture and livestock, fisheries, long-term care (for persons with severe conditions or requiring assistance with daily living); and domestic work (cleaning, childcare etc.).
Moreover, although the mobility restrictions in place, TCNs holding a residence permit and temporary abroad were allowed to return, in order to mitigate possible job losses; despite this facilitation, mandatory quarantine had cost many migrant workers their jobs or put them under mental pressure.

Migrants holding a regular permit were entitled to unemployment benefits and compensations as Italian nationals, subject to the fulfilment of certain criteria, which unfortunately weren’t always compatible with the contracts hold by TCNs.
As mentioned above, the COVID-19 crisis has brought a new emphasis to the relevance of the role played by a significant share of migrants performing low-skilled occupations within EU societies and their economies, especially during periods of forced closure. 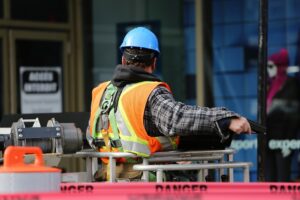 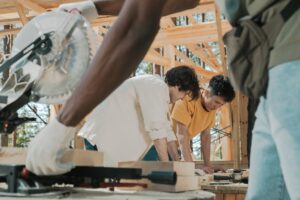