There are over 10,000 kilometres between Romania and Zimbabwe, but the human connections can dissolve both distance and cultural differences. 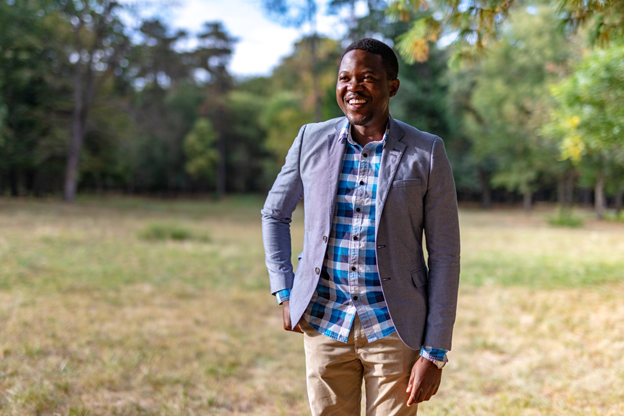 “If you had asked me about Romania, I would have said that it is somewhere in South America.“

There are over 10,000 kilometres between Romania and Zimbabwe, but the human connections can dissolve both distance and cultural differences. Chakanyuka Fidelis discovered this through his own life experience.

He came to Romania for studies without knowing much about this country. “If you had asked me about Romania, I would have said that it is somewhere in South America. But I knew about Bucharest because among the only VHS videotapes I had in my hometown was the Michael Jackson concert in Bucharest. I imagine that Bucharest must be an important city like London or Paris”.

When he searched online for opportunities to study economics, the Academy of Economic Studies in Bucharest got in his way and decided to give it a try. But in the end, the University of Craiova was the one that welcomed him with open arms. Now Fidelis has finished his studies and even found a job as an accountant in “City of Money” how Craiova is known in Romania. He works with an NGO and is proud to be able to help the disadvantaged.

Life in Romania seems much more beautiful than those born here realise. However, he visits his family every year, which he also helps with some of his earnings here.
He even helps his Romanian friends to visit his native country. “One of my friends did not went there empty-handed and he bought some solar lighting installations. They are cheap here, they can be found in DIY stores, but in my native village they are the only source of light for many households.”

If he were to give advice to a foreigner who is coming to Romania for the first time, he would say to be more daring to interact with the people here, because they will be surprised at how open they are.